The decline of American Empire 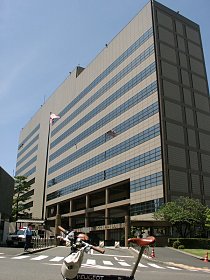 The embassy had paid the Japanese government an annual 2.5 million yen ($21,897) for the 13,000-square-meter plot in the Akasaka district of Minato Ward in the central part of the capital.

But in 1998, the Japanese government proposed to gradually raise the rent to around 10 times that level.

Washington strongly objected, and has since refused to pay anything. Asahicashe

Sir, I know a friend who has a cheaper building for rent. Are you interested in that?
Posted by zero at 5:48 PM